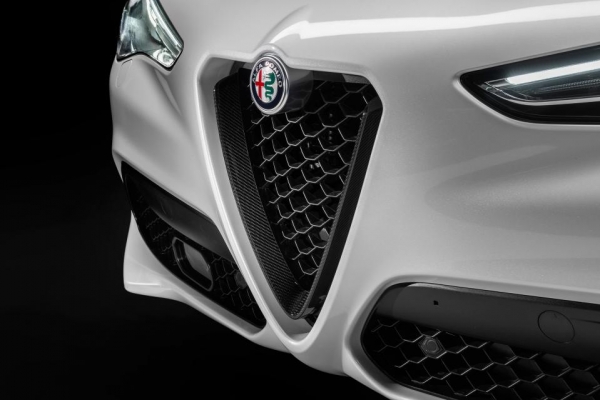 Alfa Romeo will bring us a surprise addition to the Geneva Motor Show roster today with the reveal of what we believe to be the Tonale, a compact SUV set to sit below the Stelvio.

The Alfa Romeo Tonale will be based on the platform of its FCA group sister vehicle, the Jeep Renegade, but leaked images suggest a far more solvate look than the Jeep with typical Alfa styling cues and elements from the larger Stelvio – the brand’s first SUV.

Slim side windows and a sharply raked rear screen bring a sporty element to the Tonale’s looks, while the front end features distinctive headlight units with a three-part daytime running light motif. There’s no information on engines or specs but we would expect power units to be pulled together from elsewhere within the FCA Group and some form of electrification is likely, probably a hybrid powertrain.

When it does go on sale, the Alfa Tonale will enter an exceedingly crowded SUV market at the very closely-fought small SUV end. The exact size of the newcomer is unknown but it’s likely that the brand will be pitching its effort at the likes of the BMW X1 and Audi Q3 as well as more mainstream models like the SEAT Ateca and Nissan Qashqai.

The Tonale follows on from the Stelvio in taking its name from a mountain pass. At 1,883 metres the Tonale pass in Northern Italy is lower than the famous Stelvio, which sounds about right for Alfa’s more diminutive SUV model. We’ll bring you more when full details of the Alfa Romeo Tonale are revealed later today.

Get all the latest from the 2019 Geneva Motor Show here…