An open-top Spider variant of the McLaren 570S will be launched this year, the company has confirmed. The new open-top 570S is set to keep the coupé's twin 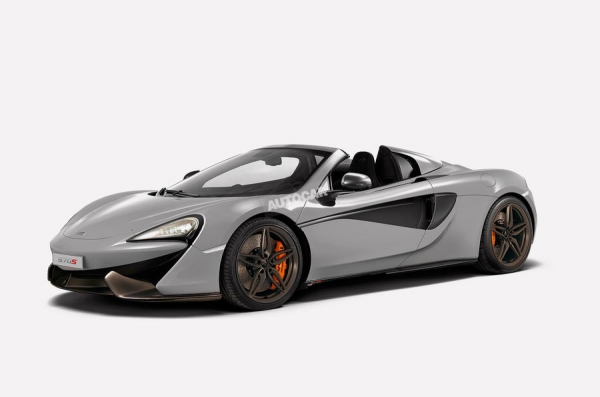 An open-top Spider variant of the McLaren 570S will be launched this year, the company has confirmed.

The new open-top 570S is set to keep the coupé’s twin-turbocharged 3.8-litre V8 engine and should come with the same 562bhp and 443lb ft of torque.

However, boss Mike Flewitt revealed that a similar 540C Spider is not on the cards because it doesn’t make sense for economies of scale.

“With the 540C, by the time you add options it can cost the same as a 570S, which is why we only offer it in certain markets,” Flewitt said. “And because of that it doesn’t make sense to do a 540C Spider. There will never be a 540 GT either.”

Like the 650S Spider revealed at the 2014 Geneva motor show, the 570S Spider will have a folding hard-top roof. The 650S Spider weighs just 40kg more than the 650S Coupé, and if a similar weight difference can be achieved with the 570S, the drop-top  should have a kerb weight of around 1350kg.

Despite the car’s expected additional weight, McLaren has a track record of extracting almost identical performance figures for its spider and coupé equivalents. So the 570S Spider should be capable of getting close to or matching the coupé’s 0-62mph time of 3.2sec and its 205mph top speed.