The facelifted Lexus NX has been revealed at the Shanghai motor show, with significant alterations on the suspension, as well as styling and interior tech 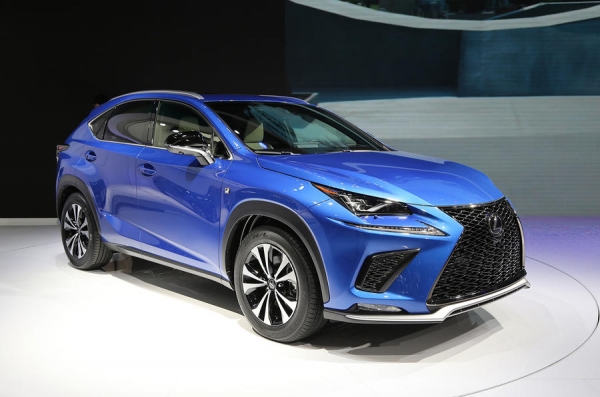 The facelifted Lexus NX has been revealed at the Shanghai motor show, with significant alterations on the suspension, as well as styling and interior tech tweaks.

Refreshed front and rear styling keeps the NX up to date with the rest of the Lexus range, while the lights have been tweaked to contain LC-derived detail. A new wheel design has also been added.

Inside, the infotainment screen has grown to 10.3in, up from seven, and the touchpad controller has been updated for added comfort and ease of use. Lexus has coated most of the switches and controls in a metallic finish, too.

Tech tweaks include upped amperage on USB chargers, a larger wireless smartphone charger and an automatic tailgate operated by a wave of a foot under the rear bumper.

Lexus claims that the ride and handling of the NX – two areas which our reviewers deemed needing improvement – have been improved with updated suspension tuning, as well as now being fitted with adaptive variable suspension derived from the system in the LC500.

Sound deadening has also been increased, and a raft of safety kit has now been made standard on the BMW X3 rival.

Prices are expected to rise slightly from the current model’s £31,155 starting price.