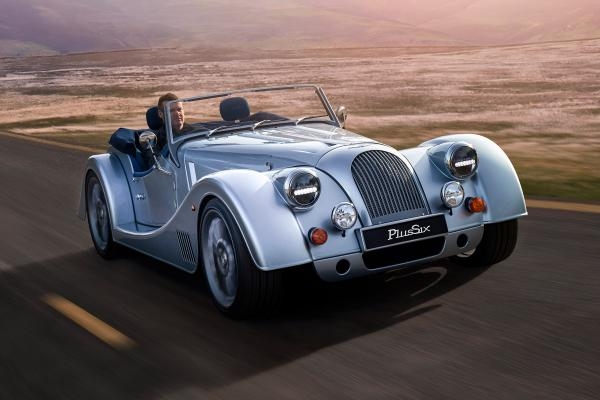 This is the new Morgan Plus Six, an all-new model from the British sports car maker that’s made its debut at the 2019 Geneva Motor Show.

The Plus Six is the first new Morgan to be underpinned by the firm’s CX-Generation bonded aluminium platform, and power comes from a 335bhp twin-turbocharged 3.0-litre straight-six from BMW. An eight-speed automatic gearbox is standard.

The new car is available to order now, priced from £77,995. Two separate First Edition models, priced from £89,995, will be the first cars to roll off the line. 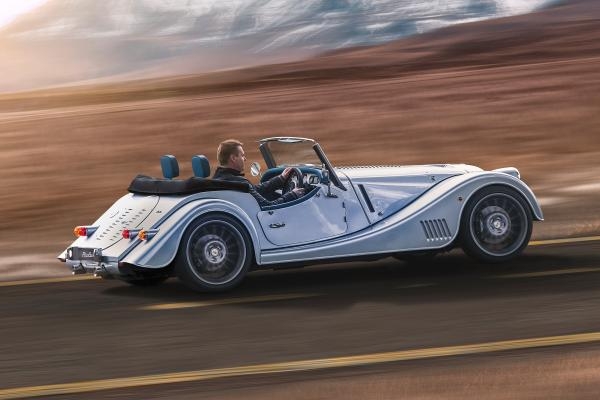 Thanks to revised construction methods and lighter engine, the Plus Six is lighter than previous aluminium-bodied Morgan models like the Plus 8, with a dry weight of 1,075kg. Performance in predictably impressive as a result: 0-62mph takes 4.2 seconds and top speed is 165mph.

The car’s BMW-sourced eight-speed auto features Sport and Plus modes, while the car’s gearlever (which is recognisable from BMW models) or steering wheel paddles can be used to change gear manually.

Suspension comprises MacPherson struts at the front and a four-bar linkage at the rear; engineered track rod ends, radial stiffened bushes and a front anti-roll bar also feature. Morgan Technology Director Graham Chapman described the Plus Six as the “most dynamically capable production Morgan ever”.

In true Morgan tradition, the Plus Six still features ash-frame construction as part of its new chassis, and it’s used here to form some of the uppermost parts of the car’s underpinnings. The car is 20mm longer than previous Morgans and features 200mm of extra legroom, plus a 31% increase in storage space. 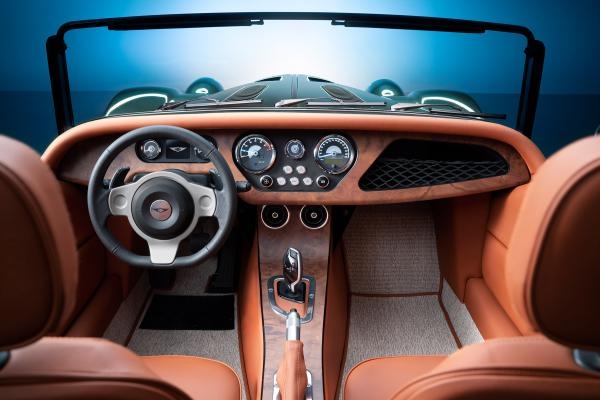 Outside, Morgan’s classic styling remains intact, albeit widened and lengthened to suit its more modern mechanicals. It looks familiar – especially when compared to the now-discontinued Plus 8. According to Morgan, less than 1% of the new car’s 4,000 or so parts are shared with other models in the range.

A completely redesigned cabin is testament to this, with a more driver-focused look, a modern steering wheel and sports seats. According to Morgan, an ‘almost limitless’ combination of trim, colour and options is available, too.

What do you think of the new Morgan Plus Six? Let us know your thoughts below…